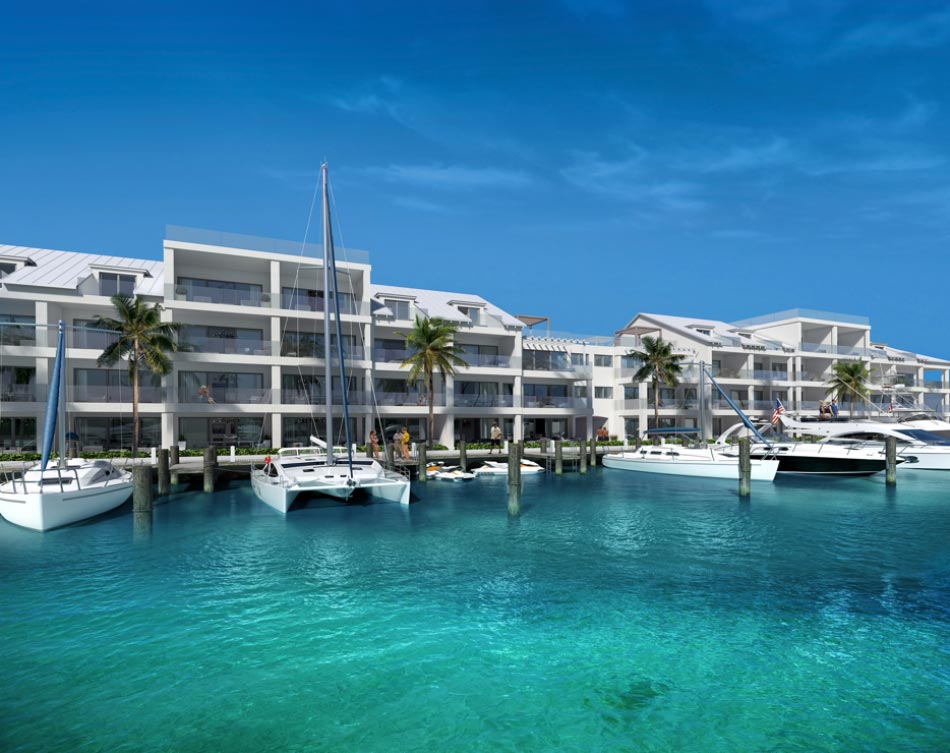 One Marina’s proposed luxury condominiums and penthouse complex. The $100M development is in its pre-construction phase.

Palm Cay, the fast-growing beachfront community on New Providence’s southeast shore that combines a resort feel with residential living, announced today it is releasing its most ambitious project to date – a $100 million luxury condominiums and penthouse complex with panoramic views overlooking the popular marina and ocean.

Named One Marina after its location adjacent to the award-winning marina, the newest addition to the sprawling residential community was 40% sold before being released to the general market.

“The pre-release response was really encouraging,” say the owners. “When we shared the design and site plan with owners and new clients prior to going to market, expression of interest was almost instant.” That interest, was divided between those who wanted to own a second residence at Palm Cay for family or investment, and those who plan to move into the new complex and sell their existing unit.

There are two factors for the positive response.

“Palm Cay has a strong track record with property values appreciating consistently. The resort-style development has already had approximately 160 properties purchased since opening. Developers have already put $65 million in the ground and you can see it in the quality of the infrastructure, construction and amenities that are unparalleled for a residential community of homes that fall mostly under $1 million. In addition, the economic picture is brighter as confidence continues to rebuild. A decade has passed since the recession that frightened a lot of people off and the appetite for investment in real estate is strong.”

Given that double drive, the Palm Cay developer is expanding marketing efforts with a multi-channel campaign focused on North America. 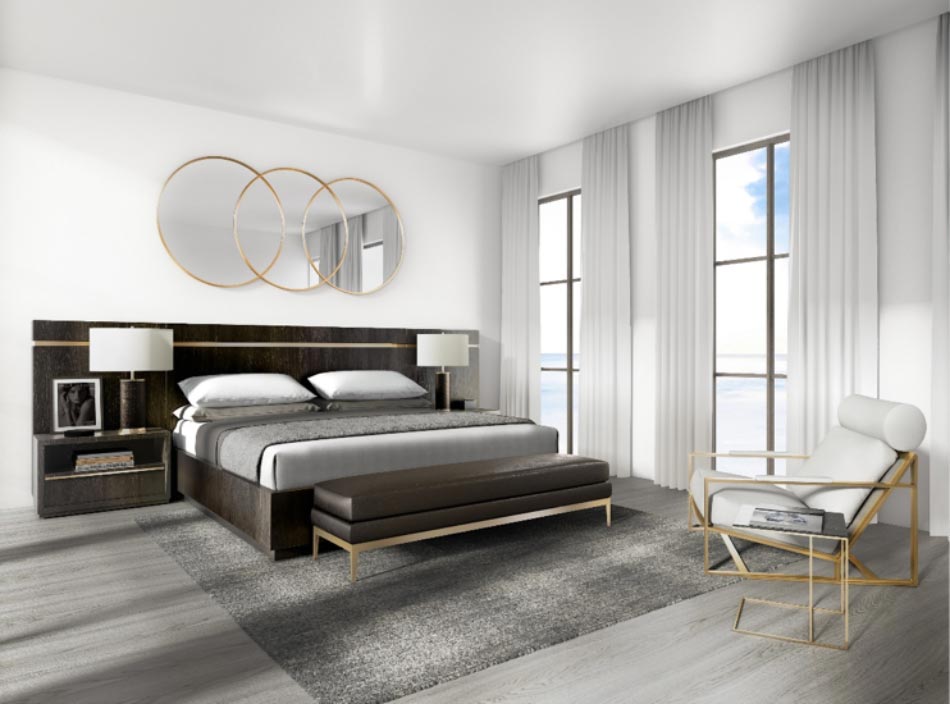 All residences at One Marina will feature modern interior design. 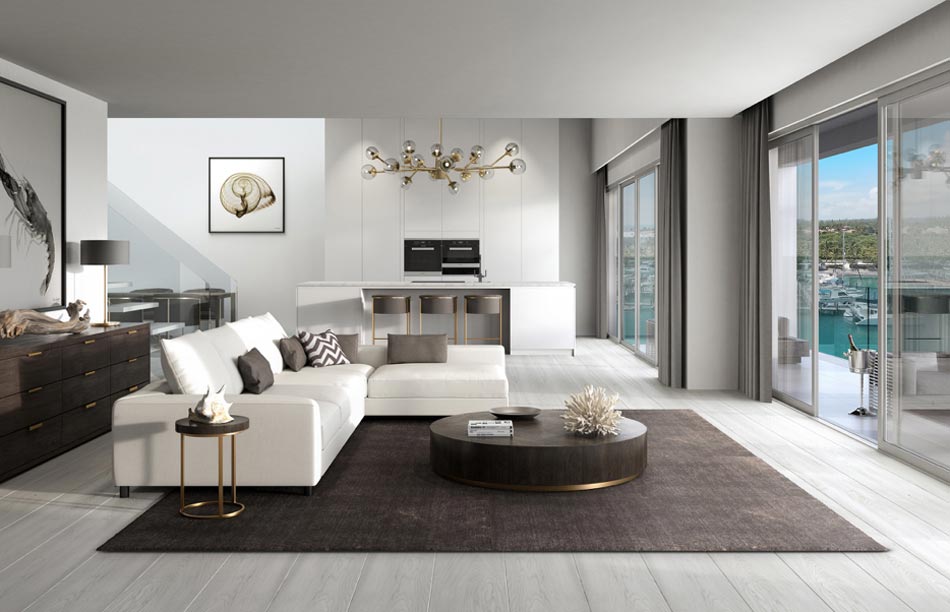 A living room concept for One Marina, the newest high-end real estate offering at Palm Cay.

One Marina compliments Palm Cay’s existing residential offerings featuring spectacular finishes and lavish details: one and two-story condos at The Anchorage and Starfish Isle’s richly-appointed town homes. Owners can opt to place their unit in a rental programme.

There are also slips available at the full-service Palm Cay Marina – a deep-water facility covering eight acres and for the fourth year in a row voted best marina in The Bahamas by the equivalent of TripAdvisor for marinas. 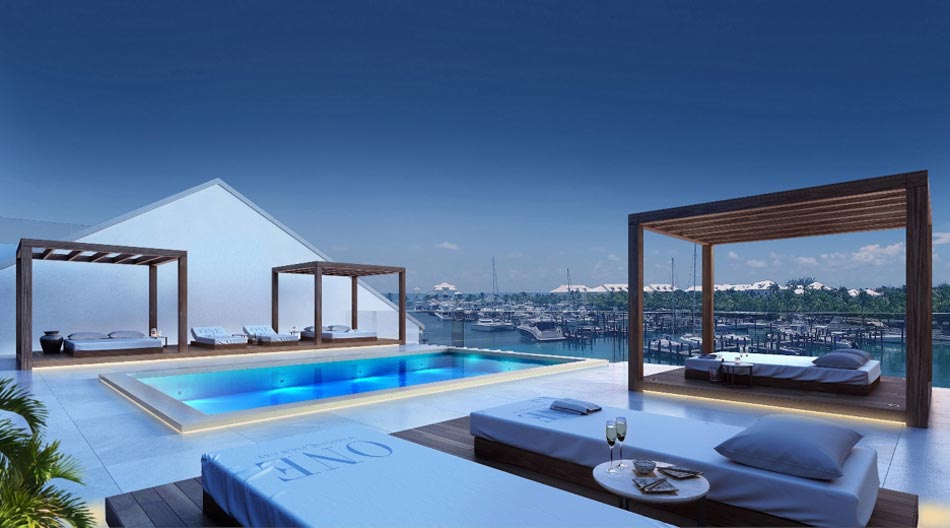 Activities for owners include boat tours to the Exuma Cays, non-motorized watersports including kayaks and paddleboards, bike trails, and a variety of events and activities ranging from wine tastings to family movie nights hosted by the members-only club.

“Palm Cay’s quality of construction, design features, size of these residences and its amenities have helped to sell out previous phases in the development in a short space of time,” said Newell. “This time around is expected to be no exception.”